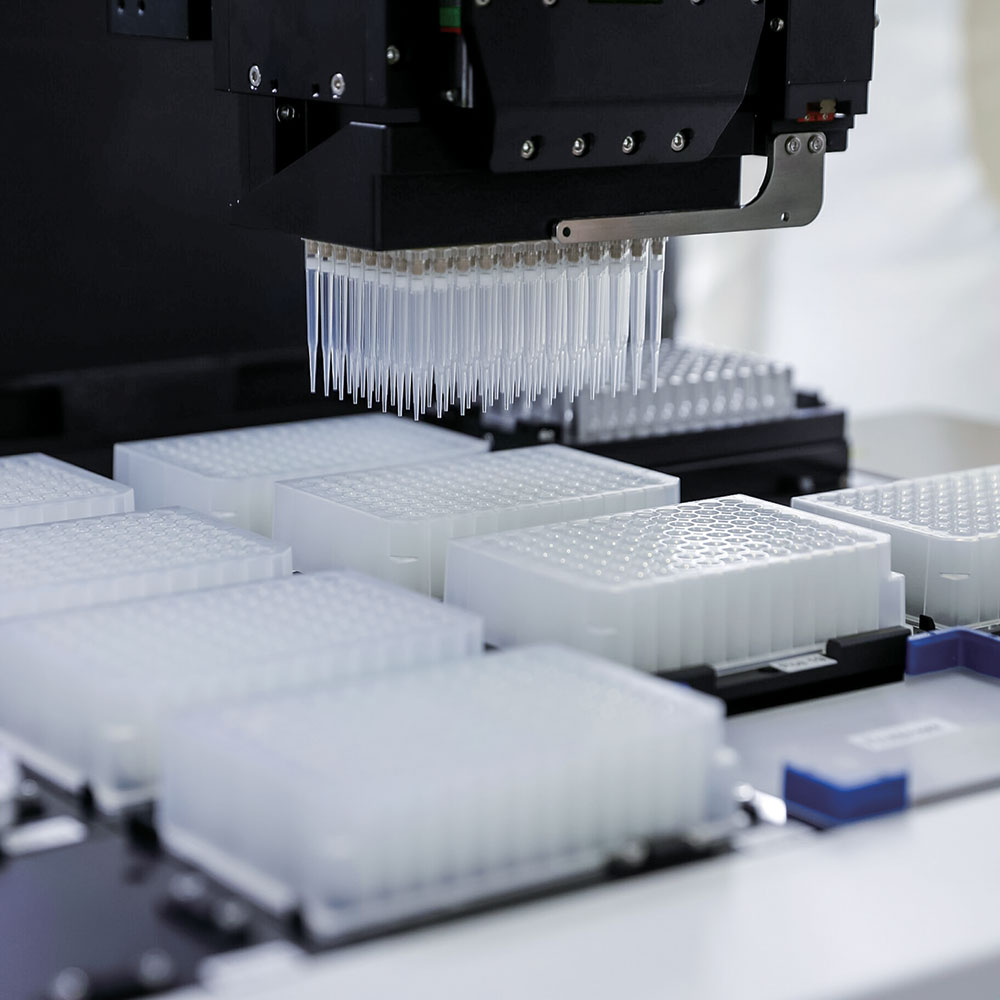 To that end, we have collated a series of quotes from some of the most forward thinking minds in this space and who work at organizations at the top end of automation.  The idea being that we can take inspiration from the definitions provided and we can better express what lab automation is all about.

We intend for this to be a “live” document that will be updated over time.  Contact us with any of your thoughts and your input.  We would love to hear from you.

What is Lab Automation?

“…technology that helps you as a scientist to free up more time to get things done better or a way that just wouldn’t be possible by hand.  That can be things like being more precise, more reproducible, having less errors.  Something that’s there to really help you out, save you time, allow you to do better things than pipetting by hand or moving tubes between water baths.”

“Lab automation is just taking what is currently a manual or a human process and using a machine or a robot to accomplish it. That’s kind of the dictionary definition but I think it misses the point of what’s really going on when we talk about or think about the lab automation revolution if you will.  I think that people are really starting to rethink what it means to be a scientist. The core is the same.  Obviously we’re learning, we’re expanding human knowledge, we’re testing things but I think the trappings are changing somewhere.  Do we really need to be spending days, weeks or even cumulative months of your life and career doing things like opening tubes or pipetting that doesn’t do anything to drive knowledge in and of itself?  Lab automation is finding ways to be a better scientist, be a better researcher, tester all these things.  Humans, we think, we create, we imagine and robots are repetitive, they don’t vary in their results, they can do things that would honestly hurt a human – repetitive strain and things like that so my definition of lab automation would just be it’s letting a machine what machines do best so that you and I can go do what we do best.”

“I think lab automation, in the way that we see it, is a reproducibility tool for us.  So, for us lab automation, basically it implies that we can do more things more repetitively and hopefully more robustly in a way so that we can basically multi-task more.  Also, for us, automation means having autonomous systems actually, we can maybe trigger them to actually think about coming up with the next best experiment.”

“So, I think when we talk about automation, I think we kind of have this glamorized image of what automation actually is.  We think about the Jetsons right.  We have autonomous cleaning robots zipping around the house or zipping around the lab.  I think we’re a long way away from that and so when I kind of boil down automation, you know, what does it actually do for us, it is about creating efficiencies and doing the same amount in less time or doing more in the same amount of time.  So, if I think about my own experience, kind of like in my own house, I have automation all over my house.  I have probably 40 different automatic lights and things like that.  It’s a simple example but essentially, it’s about creating efficiencies in your own house.  So, we’re not replacing jobs, we’re not doing anything like that.  We’re just making it so that we can do more with what we already have.”

The decision to implement an automation solution in your lab can be a daunting one. …

Lab Automation & Change Management: Why Your People Have to be Part of the Solution

Supply Chain Disruptions & How to Mitigate Against Them

Labs, and indeed most businesses, depend on a well functioning supply chain and for obvious…

Copyright MESLO Americas 2022 - All Rights Reserved
Back To Top